The entire General Motors full-size SUV line-up is in the middle of a rebirth, with recent debuts of the 2021 Chevy Suburban and Tahoe, as well as the 2021 GMC Yukon family. And next week, the 2021 Cadillac Escalade will be officially revealed.

Yes, yes, it’s been leaked already with grainy photos, but there’s still much more to learn upon the official debut.

Cadillac has announced that the next-generation Escalade will debut on February 4, with a little help from Oscar-winning director Spike Lee. The acclaimed director, which already has a relationship with Cadillac, will introduce the all-new SUV in Hollywood at the premier of his short film “Anthem”. For those who are unable to wait for the official release of the Escalade, a small glimpse of the truck’s front end can be seen in the unveil announcement, looking very similar to the leaks that came out earlier this year. The 2021 Cadillac Escalade will almost certainly share a proportional and architectural resemblance to the other full-size SUVs in the GM catalogue, though Cadillac has promised a few killer apps that set it far apart from its stablemates. The first piece of hardware worth noting is the Escalade’s new curved OLED screen technology, which is a first for the industry. OLED screens are commonly found on smartphones today thanks to their image and color quality, particularly when it comes to shades of black. Cadillac says that this screen will offer the largest color range out of any automotive display on the market today. Let alone the largest screen, period.

Speaking of industry leading technology, Cadillac has also announced that the 2021 Escalade will receive an updated version of its Super Cruise hands-free driving system. This update includes a new automated lane change functionality, which will be available on compatible highways so long as the safe conditions are present. Other ease of use updated to the software include improved software for better steering and speed control, enhancements to Super Cruise to make it more intuitive for drivers to activate. Super Cruise is one of the best systems in the business, and we’re happy to see it find its way to the new Cadillac flagship SUV. The Tesla-beating semi autonomous driving system will also be available on the Cadillac CT5 and CT4-V. 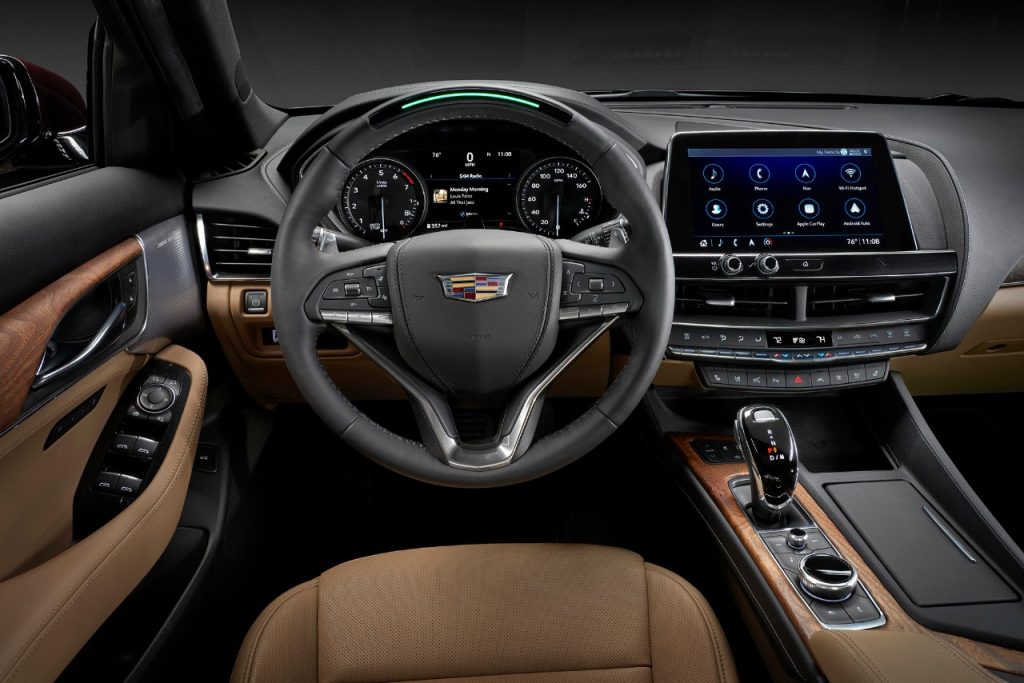