Jeep, who once had the off-road SUV segment mostly to themselves, is about to feel pressure they’ve never felt before from the all-new 2021 Ford Bronco. It’s not like the Jeep won’t be a capable vehicle anymore, they just won’t be alone any longer. Because of this, the 2021 Jeep Wrangler is getting some overall updates to keep it fresh with incoming competition, according to a report by MoparInsiders.

Most of these revisions come from previously optional tech and features becoming standard on different trim levels. The Selec-Trac full-time transfer case will become optional on Sport models, previously, buyers could only option it on Sahara and above. This system can automatically switch between rear and four-wheel-drive when slip is noticed. Rubicon models will get a Rock-Trac system that does the same thing when rock crawling.

The Technology Group package on the Sport S model became so popular that Jeep is now offering it as standard on the model. This mainly adds a larger seven inch Uconnect infotainment touchscreen, automatic climate control, and Apple Carplay/Android Auto. All models with that 7 inch display also now get Selectable Tire Fill-Alerts, previously only available on models with the larger 8.4 inch display. Drivers can select a set air pressure, and the system honks the horn when the desired psi is reached.

Sahara and Rubicon models will be able to option a forward facing camera that monitors terrain ahead of the front bumper. Rubicon models also gain the Off-Road Plus system from the Gladiator, which allows higher speeds with the rear diff locker engaged, and gives throttle mapping, transmission shift points, and traction control customization. 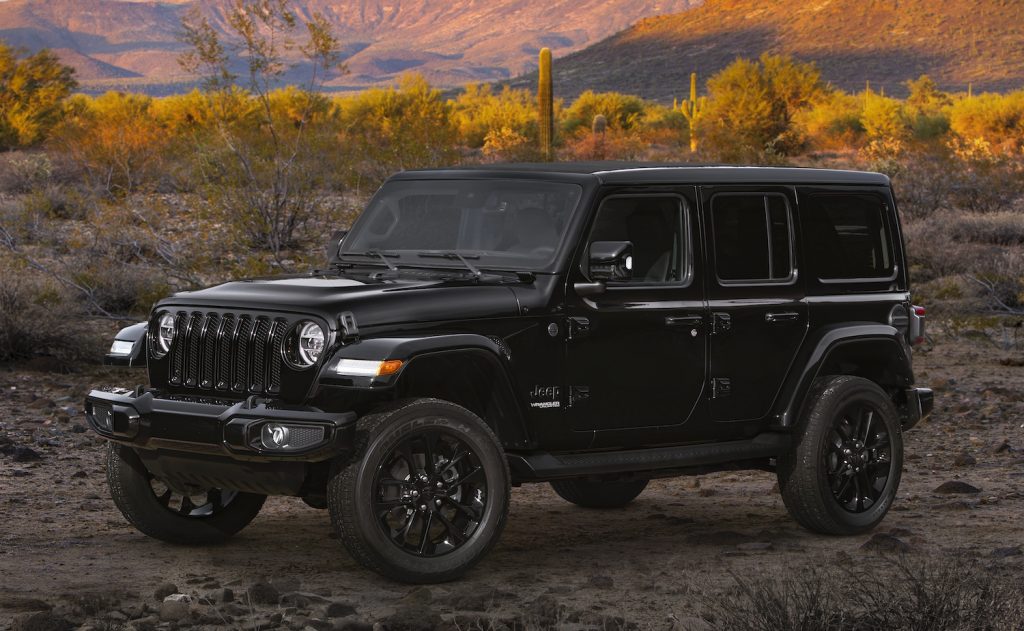 In addition, the 2021 Jeep Wrangler will also get some more key powertrain changes. Most important is the new “4XE” plug in hybrid that will deliver an estimated 30 miles of electric range. Interestingly, Jeep won’t be offering the mild hybrid eTorque system on the four cylinder engine anymore, it’ll only be available for the Pentastar V6.

Finally, the 2021 Jeep Wrangler will get Hydro Blue and Snazzberry as new colors.