The Dodge brand has pushed a persona built around its muscle car line-up that features models such as the Charger and Challenger. But it was when the SRT Hellcat models debuted in 2015 that it became clearer that Dodge was willing to commit to making this “three percent” identity a reality. While the FCA brand might be known for these passenger cars that liven up their respective segments, there’s also a muscular SUV on the market. Enter the Dodge Durango.

We know what you’re thinking, and yes, the Dodge Durango has remained relatively unchanged since its reintroduction in 2011. Add to that the amount of competition in the three row SUV market that has steadily risen since that time as well (most recently with the all-new Ford Explorer), and you’d think the Durango would have phased into irrelevancy. Just the opposite has happened, as the Dodge Durango has steadily carved out its own corner of the market. 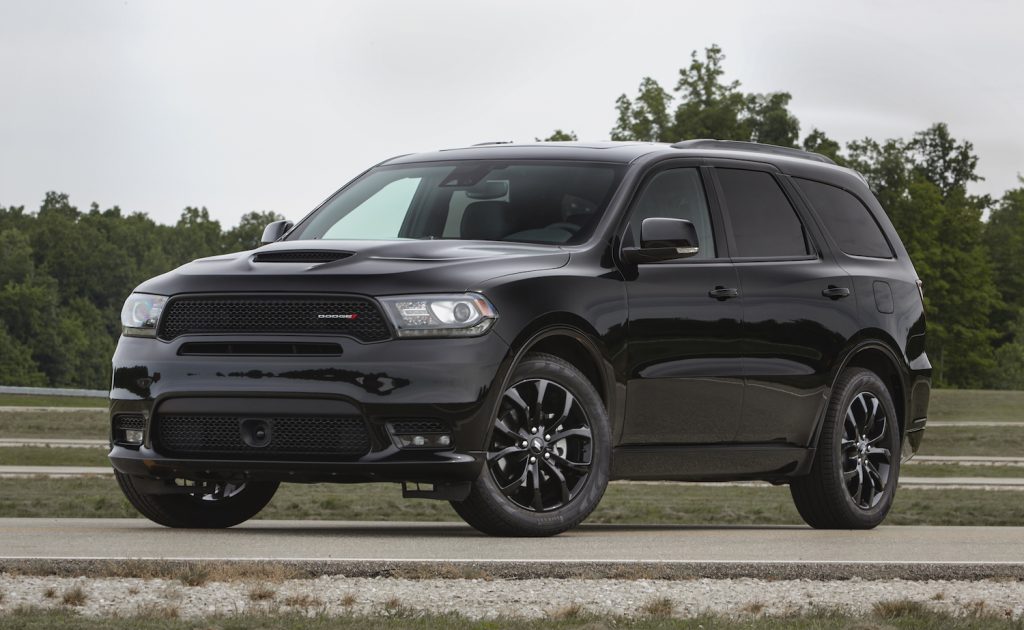 For starters, the 360 hp 5.7L Hemi Durango R/T is the only RWD V8-powered SUV in its class, which alone is a strong selling point. Up from there is the 475 horsepower Durango SRT with its 6.4L Hemi V8 that’s shared with the top-selling Charger and iconic Challenger.

Those are stout figures for any car, much less a large SUV, and the soundtrack that they produce is straight out of a muscle car. To that end, Dodge really wants to sell the Durango as a three row muscle car in its own right, which is why it drives like one. We personally have experienced this, wheeling a Durango SRT around Michigan’s Gingerman Raceway just like it was another Challenger or Charger back in 2018. It talks the talk, and walks the walk.

Maybe utility is more of a selling point for some, and still, Dodge didn’t let the Durango fall short when it comes time to do typical SUV tasks. Opt for the sport-oriented Dodge Durango SRT, and you’ll be able to tow 8,700 pounds, which is best in class, by far.

What is surprising is that the Dodge Durango is destined to have its best sales year since 2005, according to a report by the industry leading Automotive News. That report also states that the Durango will finish the year as the third-best seller in the large-SUV segment, which is impressive for an aging model. It’s as if there’s a market for powerful, rear-wheel-drive three row vehicles with V8 engine. Huh.