Say you missed out on your chance to get a 2019 Chevrolet Colorado ZR2 Bison. You’re definitely not alone, as no orders were left on the table from dealers – and that technically made the $48,000+ midsize pickup truck “sold out” in a matter of a couple of months. But if this is you, we have some good news.

“Capacity will be increased for 2020,” said American Expedition Vehicles Marketing Manager Matt Feldermann to MC&T. “They are going to increase production. We’re not sure what the exact number is… but maybe 2,500.”

For those that don’t know, the Chevrolet Colorado ZR2 Bison represents the most off-road capable midsize truck GM has ever offered, and it’s made possible through the collaboration and expertise of American Expedition Vehicles. Only the Jeep Gladiator Rubicon could arguably contend for the segment crown of off-road king. But where the Gladiator offers removable doors and electronically detachable front and rear sway bars, the ZR2 Bison delivers on boron steel armor plating underneath, and superior dynamic spool valve dampers from Multimatic. “We sold 2,000 units last year. We sold every one before the first one was even delivered,” said Feldermann. The 2019 model year Colorado ZR2 Bison debuted at the tail end of the 2018 calendar year, and therefore had a shortened production timeline. Demand nevertheless exceeded supply, but production volume for the Bison is still expected to be modest going forward.

“If it was up to me, I’d very cautious with how far you’d increase Bison volume… You wouldn’t want to make the jump to, say, 6,000 units and get real aggressive because the last thing you want is to have half of them unsold at the end of the model year, and then next year the dealers won’t want one,” explained Feldermann. The low production volume may be part of the Bison’s appeal, as well.

“You want the vehicle to be hard enough to get, but not so hard that the people are going to have to pay markups for it. They’re not at every dealership but if you looked a little bit you could find one,” he said.

Despite the fact that American Expedition Vehicles has its own facilities, Feldermann notes that the company hands off final assembly of the Chevrolet Colorado ZR2 Bison to General Motors.

“We don’t build any of them. We produce the parts and assemble them to the point where GM requires us to assemble them, and we ship them to the plant… it’s all about the efficiency so they tell us exactly how they want it.”

The Chevrolet Colorado is expected to go relatively unchanged for the 2020 model year, with a slight facelift happening for the 2021 model year. The lifecycle of both the current-generation 31XX Chevy Colorado and GMC Canyon midsize trucks will end around 2023, with the next-generation Colorado and Canyon emerging on the 31XX-2 platform, in lieu of the furloughed 32XX platform. It currently remains unclear if GM and AEV will offer a new Chevrolet Colorado ZR2 Bison when the time comes. 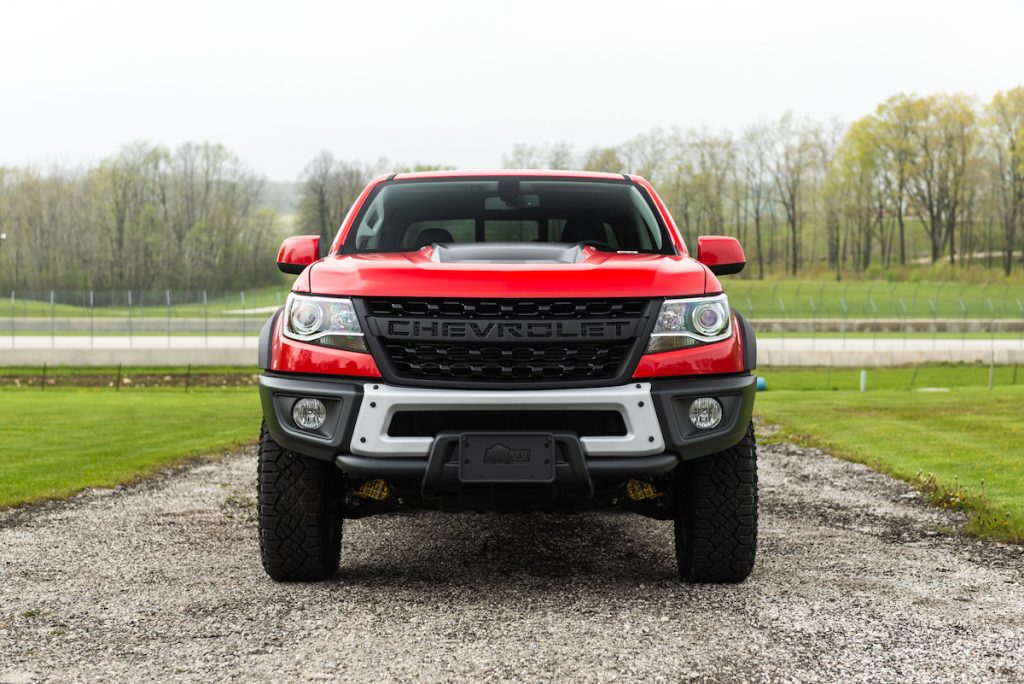