Even as Ford V Ferrari features enough mid-century office politics to make Mad Men blush, it never fails to take away from the main draw: the cars, and the history. And because these are easy concepts to grasp, Ford V Ferrari also makes a great movie to spark interest in kids about car culture, mechanical things, and motorsports. Much like how Top Gun turned a generation of millennials (and Gen Xers) into daydreaming of one day flying a military jet, for a time.

Racing fans familiar with Ford’s historic victory in 1966 at the 24 Hours of Le Mans may not have even the slightest idea of who Ken Miles was. Bruce McLaren, Dan Gurney, AJ Foyt… we all know those guys, so perhaps it would have been too easy to make that kind of movie. Instead, Ford V Ferrari showcases the rarely told story of Ken Miles, the story of how automotive industry sleaziness hasn’t changed one bit, the ever-present dangers of racing, while the ones that stand to benefit the most from this movie are the French. Because, much like how the Formula One Netflix reality series is correlated with a sellout crowd at the United States Grand Prix in Austin, Texas this year, there’s about to be a new wave of curiosity around the 2020 24 Hours of Le Mans (yes, there’s a new C8 Corvette race car, but that’s beside the point). From beginning to end, Ford V Ferrari is beautifully shot, while all of the engine noises, tire squeals, and gated gear changes seem to be just a little louder than everything else. It’s a car enthusiast’s movie – especially those among us who like a good underdog story starring the home team. Of course, there are elements in the movie that puzzle us. No, it’s not about the dramatized and historically inaccurate scene where Matt Damon’s Carroll Shelby locked the sleazily depicted Leo Beebe (played by Josh Lucas) in an office. Or how the movie inaccurately depicted the botched merger between Ford and Ferrari – Fiat didn’t acquire the company until 1968, a few years after the movie’s timeline.

These are small details that ultimately don’t do the movie any injustice. It plays out the only way it could, with all major details conforming to the history books. Which is to say, Ford and Ferrari did almost get married, Carroll Shelby – whether you liked him or not – did organize an incredible group of racers to win Le Mans, and Ken Miles got screwed out of winning the race of his life.

When Ford V Ferrari depicts Ken Miles in his GT40 racing side by side down the Mulsanne Straight next to Lorenzo Bandini in a Ferrari (who died aged 31 in the Monaco Grand Prix in 1967), our crowded movie theater was practically cheering as if it was the real thing. Everything the people came out to see was in this scene: the race, the cars, the noise, the main character, and perfect framing. When Bandini’s engine failed, people clapped. People cheered. We all felt the same thing. America! Victory! Christian Bale!

As the credits rolled, we couldn’t help but think of the biggest head scratcher of the entire movie: its name. Ford V Ferrari as a title comes across more like a blasé SEO headline than an accurate depiction of what the movie represented, although it’s thankfully not called “Le Mans 2”. Because, while the Ford GT40 program may have never come to fruition without the infamous acquisition attempt, it never seemed to be the real focus.

Actually, in Europe, the film is titled “Le Mans ’66.” It’s believed that not enough Americans would understand what “Le Mans” meant, or how to pronounce it. Hopefully after watching the film, they will. The truth is that a better title would have been “Shelby V The Suits.” Because most of the movie depicted the dirty baseball that tends to happen between dressed-up, deep-pocketed, pompous white collar types versus a group of broke, blue collar underdogs flying by the seat of their pants. The types that only know how to leverage raw talent and conviction to achieve the results they want, and will live or die by these virtues. Despite the cinema dramatization of these two personality types, the nevertheless rarely get along in the real world. But even with all of the infighting, the Ford GT40 program was an incredible endurance racing success, and remains the only American racing program to win Le Mans outright, over 50 years later.

As far as the character depth goes, the truth is that the entire film could have been done without Ken Miles’ wife or son being a part of it. Add the late, great Lee Iacocca to that list, also. The Miles family characters did nothing besides support the red-blooded WWII tank driver-turned Hollywood mechanic-turned GT40 racing driver during various clips of the movie, and at most only provided a human element around Christian Bale’s character. This human element is only leveraged at the end of the movie, after Ken Miles is bureaucratically robbed of a 1966 Le Mans win, and is back out testing the successor of the Ford GT40, a prototype version of the J-Car, which became the MkIV that won Le Mans in 1967. Only racing historians knew what to expect from this scene.

The movie could have ended after the 1966 Le Mans race, with Shelby and Miles walking down the paddock under the French summer sun. But director James Mangold decided to kick the audience right in the ribs with the depiction of Ken Miles’ death. Like all of the other major details of the movie, this too, was tragically accurate.

The death of Ken Miles slides whatever euphoria one may have at this point from the movie right out of control, crashing it into a hill at 200 miles per hour, and burning to death. Not long after the plucky Miles loses out of his Le Mans 24 win on a technicality, we are robbed of his spirit and no-frills attitude by way of fireball. But like life, nothing stops. There’s no time to mourn his death, or to wonder what will happen to his family, as there’s still racing development to be done. There’s still another season. There will be other drivers that die. Life doesn’t stop, even when it stops for somebody else. The movie uncomfortably pulls us forward even as we may have been paralyzed and numb to what just happened.

Was that the lesson? We’re not sure. Ford V Ferrari: Go for the cars, stay for the story. 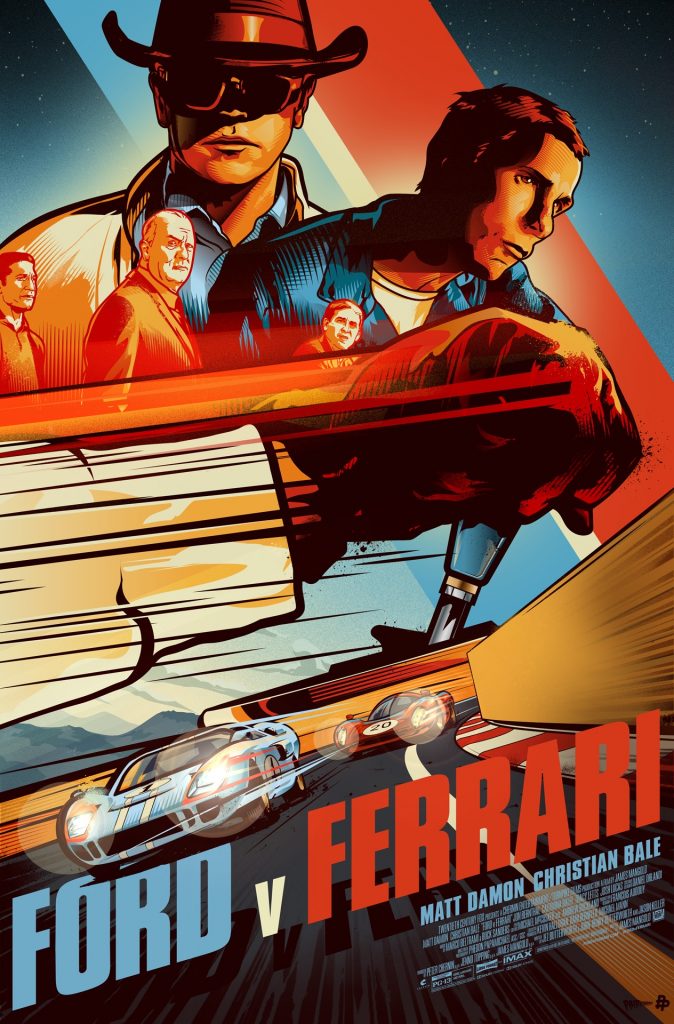