Now that the 2021 Ford Bronco has been revealed, there are only three things fans are anxiously waiting for: the full configurator, vehicle deliveries and anticipated future models. We’ve already known the Bronco will arrive in dealerships and customer hands next spring, and have reported rumors of an upcoming Bronco Raptor or Warthog, but we haven’t known when the configurator will launch until now. According to Bronco Nation, the full Ford Bronco configurator will launch some time in October.

While we don’t have an official day, the month begins this week. We shouldn’t have long before the off-road enthusiasts can configure their Bronco to their exact specifications. It will also be the best way to see how all of the trim levels, colors, packages and options look on the vehicle. Currently, Ford only offers a 360 degree colorizer for the Bronco, hardly the comprehensive guide the configurator will offer. We hope the configurator includes two exciting Bronco options Ford has just revealed. Most important is the ability to pair the Sasquatch package with a manual transmission. Previously, Sasquatch models were automatic only, but enough public demand and outcry led Ford to change their minds on this decision. In addition, Ford just announced Lightning Blue will be joining the Bronco’s already strong color palette.

The configurator will also give us our best look yet at the different interior material and color choices available throughout the range. Ford has only revealed a few designs so far, and we look forward to seeing what else is on offer. Furthermore, Ford has only shown interior pictures of highly equipped models with the 12 inch infotainment system. The configurator will finally let us see what a bare bones Bronco looks like inside, and models with the 8 inch display.

Given the seven trim levels and amount of packages, options and accessories available across the Bronco lineup, the configurator is set to have an immense amount of detail. Ordering for the 2021 Bronco opens in December, and customers will be able to save their configurations to order. And as a reminder, the Bronco Sport configurator is already live on Ford’s website. 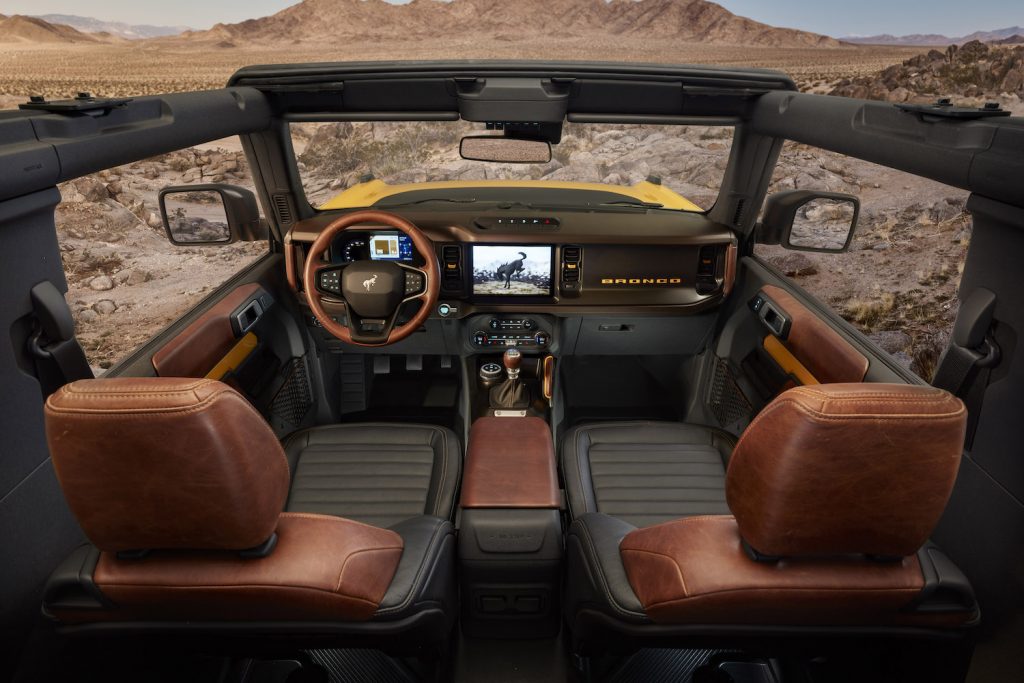