Two major electric pickup trucks are about to be built by the same company. General Motors today announced a major partnership with startup automaker Nikola. The Phoenix-based automaker is giving 11 percent of its company, valued at $2 billion USD, in-kind for what GM will do in return. GM – with all of its resources, experience, and supplier base – will be trusted with engineering, validating and manufacturing the Nikola Badger electric pickup truck. The GMC Hummer EV will have to make room.

General Motors will integrate its new Ultium battery technology and Hydrotec fuel cell technology into the Nikola Badger, which can currently be reserved for $100. In its most capable form, Nikola says that the Badger will have 906 horsepower, 980 lb-ft of torque, and a towing capacity of more than 8,000 pounds. Before this announcement, the truck is said to come with a 160.0-kWh battery pack and an optional 120.0-kW fuel cell. The Badger will seat up to five, have a 15-kW power outlet for hooking up tools or camping equipment. In terms of off-road capabilities, the truck will be able to climb a 50 percent grade without stalling, says Nikola. 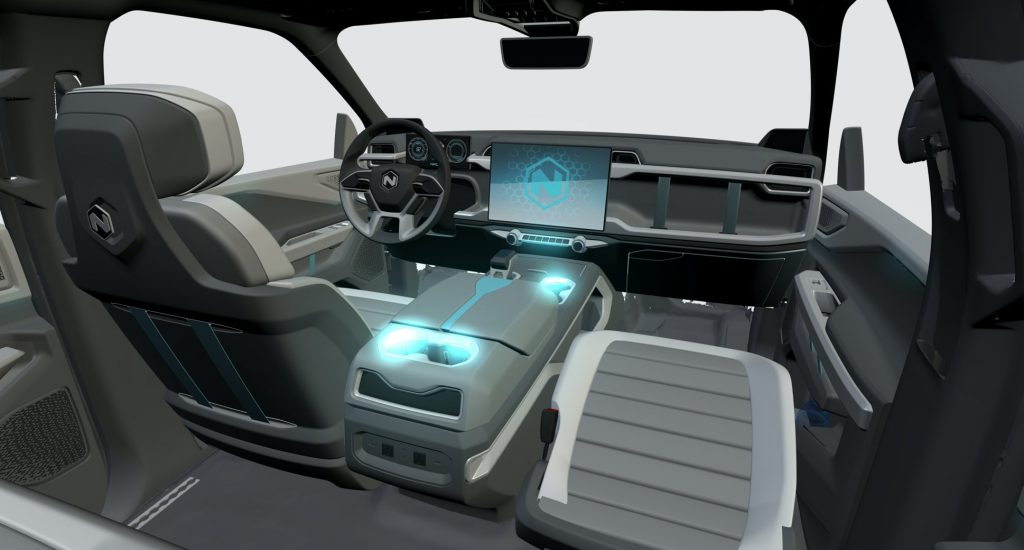 GM did not yet specify where the Nikola Badger would be built. But with the Detroit-Hamtramck Assembly plant being re-tooled to build alternative energy vehicles, including its BT1 electric trucks such as the 2022 GMC Hummer EV, that would seem like the obvious front runner. Production of the Badger is set to start in 2022.

Beyond the Nikola Badger, the automaker is expected to see cost reduction of its future products as a result of this GM deal. These vehicles include: Nikola Tre, Nikola One, Nikola Two and NZT. General Motors will also integrate its fuel cell technology into Nikola’s Class 7/8 semi-trucks.

As for the $2 billion in newly issued common stock, General Motors will be subject to a staged lock-up provision beginning in one year and ending in June 2025. Nikola will be responsible for the sales and marketing for the Badger and will retain the Nikola Badger brand.

The Badger was first announced on Feb. 10, 2020 in a concept form (pictured). Its public reveal with take place on December 3-5, at Nikola World 2020 in Arizona.