The Ford Mustang Shelby GT500 is the king of the Ford Performance lineup, though it seems that Shelby American has plans of their own for the super muscle car. Looking back at Shelby products of the past for inspiration, the team at Shelby has created the Shelby GT500 Dragon Snake concept set to debut at SEMA 2019. This hyped up variant of the super Mustang is designed to monster the drag strip even faster than the already ludicrous GT500.

In order to accomplish this, Shelby American fitted the car with their Shelby Supercharger upgrade, as well as a 50-state legal full exhaust system featuring performance catalytic converters and mufflers. Total output is over 800 horsepower, which is a step on from the GT500’s factory rated 760 horsepower and 625 pound-feet of torque. In order to properly put that power down at the drag strip, the GT500 Dragon Snake is equipped with new performance half-shafts and a Shelby suspension system which retains the magnetic ride control functionality. The suspension is rounded out with all new springs and sway bars front and rear. 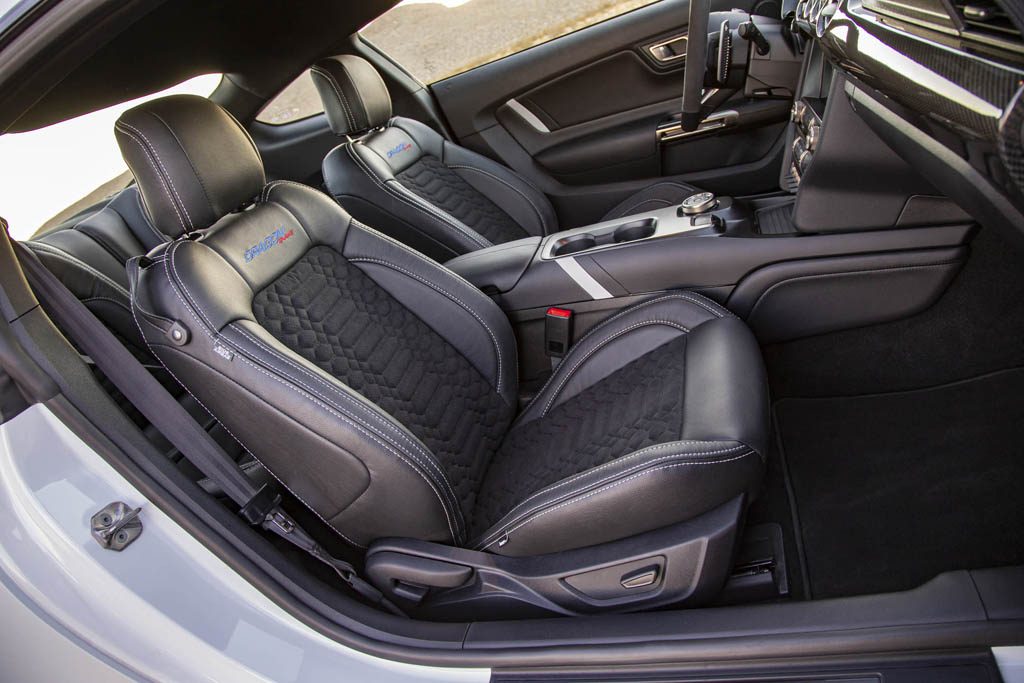 The Shelby GT500 Dragon Snake looks more like a factory built drag racer than its stock counterpart, largely in part due to the large drag style carbon fiber spoiler out back. Up front the car wears a Shelby carbon fiber hood with custom hood pins, as well as the traditional Shelby striping and badging packages. Under the optional widebody kit sits a set a one-piece forged aluminum wheels, complete with hardened and extended wheel studs.

This inspiration for this concept car can be traced back to the 1960’s, when Shelby offered a drag racing variant of the Shelby Cobra which they called the Dragonsnake. Shelby American produced just four 289 cubic inch V8 powered Dragonsnakes at the factory, plus a single 427 cubic inch big block car, making it the rarest of all the Cobra variants. Including all of the non-factory built cars with certified parts, there are less than ten Cobra Dragonsnakes in existence.

The 2020 Ford Shelby GT500 Dragon Snake will be on display at the Ford booth inside Central Hall of the Las Vegas Convention Center starting today.