The Fiat Toro-based Ram 1000 in South America. Image via Stellantis.

There is now solid, concrete evidence that Stellantis is working on a smaller Ram pickup truck to slot below the Ram 1500. Speculated to either be called the Ram 1200 or Ram Dakota, it’s likely to compete with the Ford Maverick, or go somewhere in between that small truck and the incoming pack of highly competitive midsize pickup trucks from Chevrolet, GMC, Ford and Toyota.

The images, found on Autoblog, don’t show much. In fact, the photographed subject in question appears to look more like a parade float than a pickup truck with all of the tape and cardboard(?) cladding. Obfuscating the pickup truck profile is a scaffolding rig propping up a canopy of camouflage up and over the bed, extending the roofline to make this prototype appear more like an SUV or a van. We saw Ford do the same thing when developing the Maverick party truck in the early stages.

How can we surmise that it’s a Ram 1200 / Ram Dakota pickup truck, and not somebody else’s future product? The Fiat Strada following the pair of test mules, which were photographed at a gas station in the Swedish arctic circle. The prototype is proportionally bigger than the Strada, but will likely debut with a unibody architecture that’s used for cars and crossovers, rather than a traditional body-on-frame truck/SUV architecture.

Catching a prototype vehicle on public roads, covered this heavily in disguise, suggests that this Ram 1200 product is at least another two years out from scheduled production. And it may not even be called the Ram 1200 in the American market. It may be called something else, such as Dakota, a name all too synonymous with entry-level trucks from what used to be under the Dodge brand, before Ram decided to grow into its own marque in 2011.

Ram CEO Mike Koval mentioned at the end of the summer of 2022 that a concept version of a smaller Ram truck will be shown at the brand’s dealer meeting in March. The executive has otherwise expressed time and again that the company is aware of the opportunity that presents itself in the entry level truck space, with only the Ford Maverick and Hyundai Santa Cruz competing in the USA and Canada markets. 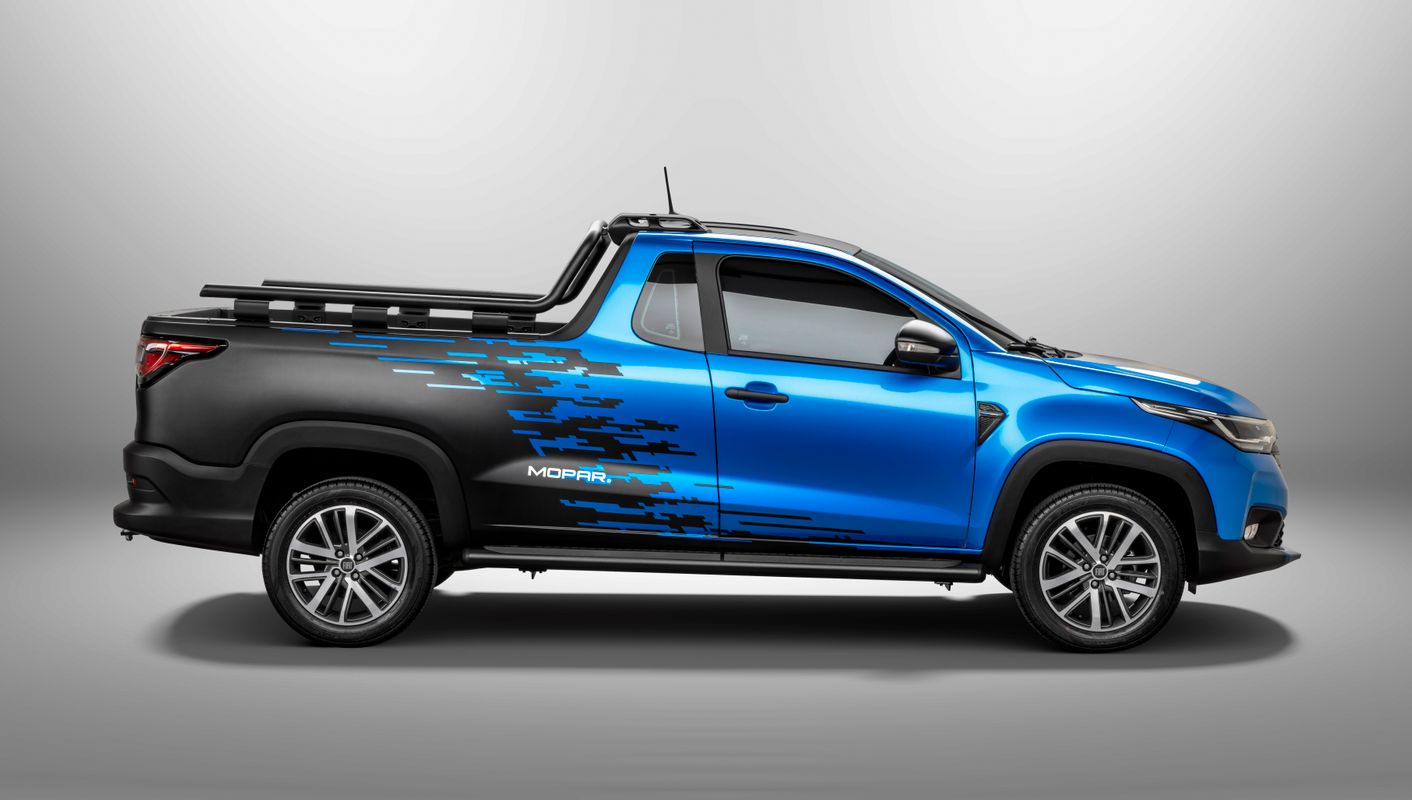 Down in Brazil, Antonio Filosa, COO of Stellantis South America, let slip last April that the Ram 1200 truck is on the way, and is expected to be built at the Pernambuco plant alongside the compact Jeep Commander SUV for Brazil. it’s expected that the Ram 1200 will utilize an elongated version of the Stellantis Small Wide 4×4 Platform. Internally, it’s been known as Project 291.

It’s unclear if a USA/Canada Ram 1200 / Dakota small truck will also use the Stellantis Small Wide 4×4 Platform, or if it will adopt the STLA Medium or STLA Large architectures.

Ram 1200 aside, Stellantis currently has entry level pickup trucks for sale in the Latin American markets. There’s the Fiat Strada in South America, otherwise known as the Ram 700 in Mexico. Above that, there’s the Fiat Toro, otherwise known as the Ram 1000 in other markets. But with regulatory headwinds (the Chicken Tax, NHTSA and EPA barriers), these products have evaded the pickup truck positive USA and Canada.

“The largest biggest white space opportunity for our brand is a midsize pickup,” Koval told MC&T back in August of 2022.

“I’m absolutely looking at it, I promise you that… as prices have crept up I think there’s opportunity in that small truck portion in the US market, and that’s where I’m looking to leverage part of our portfolio that may exist in other countries and potentially bringing something here. I would love to do that. I don’t have plans to do so yet.”