All photos by and for MuscleCarsAndTrucks.com “We’re looking at Silverado Redline for ‘21 to match the rest (of the lineup),” said Milne. The Silverado Redline on display during the SEMA Show showcased 20-inch black wheels with a signature red stripe, red recovery hooks and new Red striping on the outside mirrors. Chevrolet Accessories include a suspension lowering kit, illuminated Bowtie Emblem on the grille, red six-piston Brembo brakes and red-trimmed floor mats. The bold look of this truck comes with power to match. Under the hood, a Chevrolet Performance Exhaust Upgrade and 50 State Legal Cold Air Intake add up to 12 horsepower. 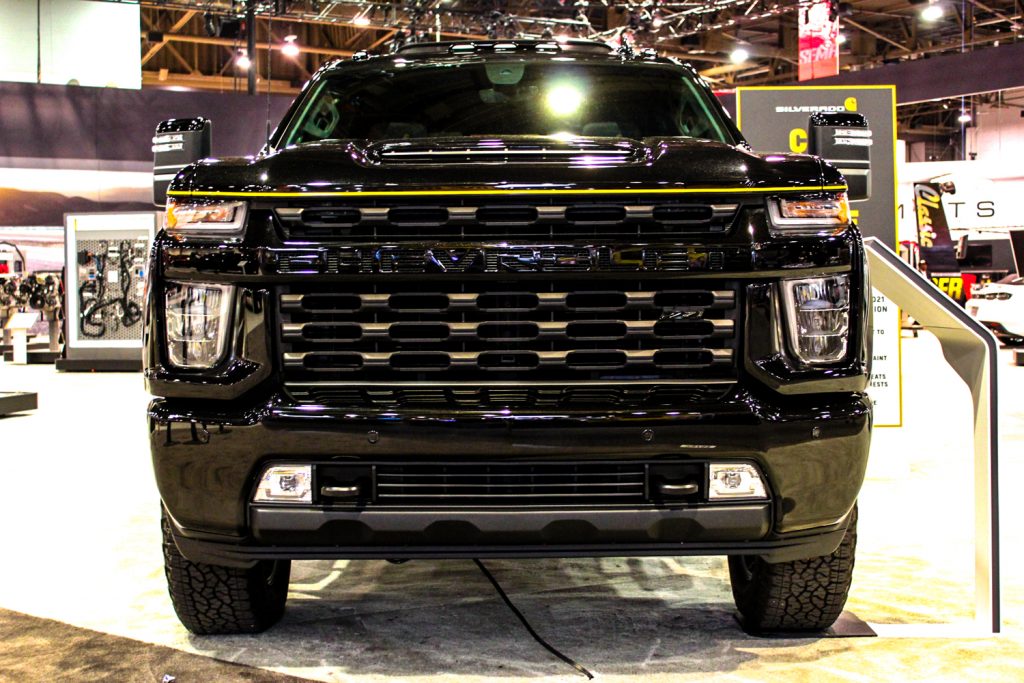 The original Chevrolet Silverado HD Carhartt Edition was actually a concept truck based on the last-generation Silverado HD. It remains a fan favorite to this day.

“Over a year later we were getting emails about the original Silverado Carhartt concept truck… being late in the lifecycle there wasn’t time (for a K2XX Carhartt), but this was as quick as we could get it in: year two of a brand new truck,” said Milne.

As for scarcity, don’t worry. GM will build as many Carhartt Silverado HD trucks as needed.

“No production cap on Carhartt Silverado HD… it’s not priced, but if you look what’s in it… it’s not going to be incrementally a big number… the interest has been blowing up.” 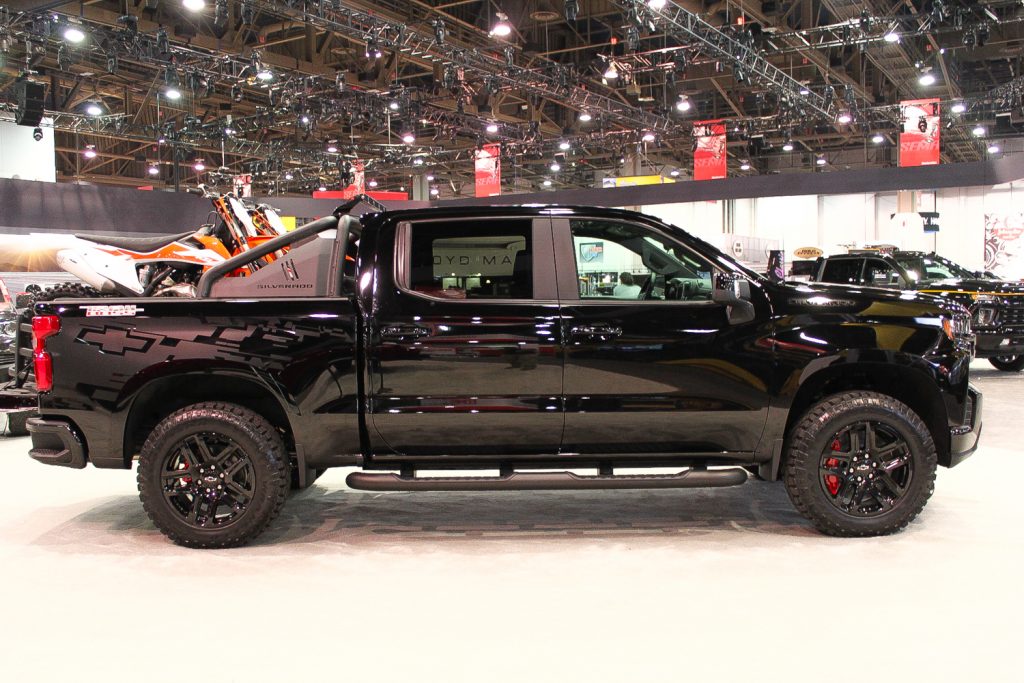 The new Chevrolet Silverado 1500 Midnight Edition actually debuted in September during the State Fair of Texas, and the brand thought it relevant to bring it to the SEMA Show as well. However, the story won’t stop with the half-ton truck.

“I love our Midnight Edition. We have it on light duty, we’ll have it on heavy duty,” said Milne. 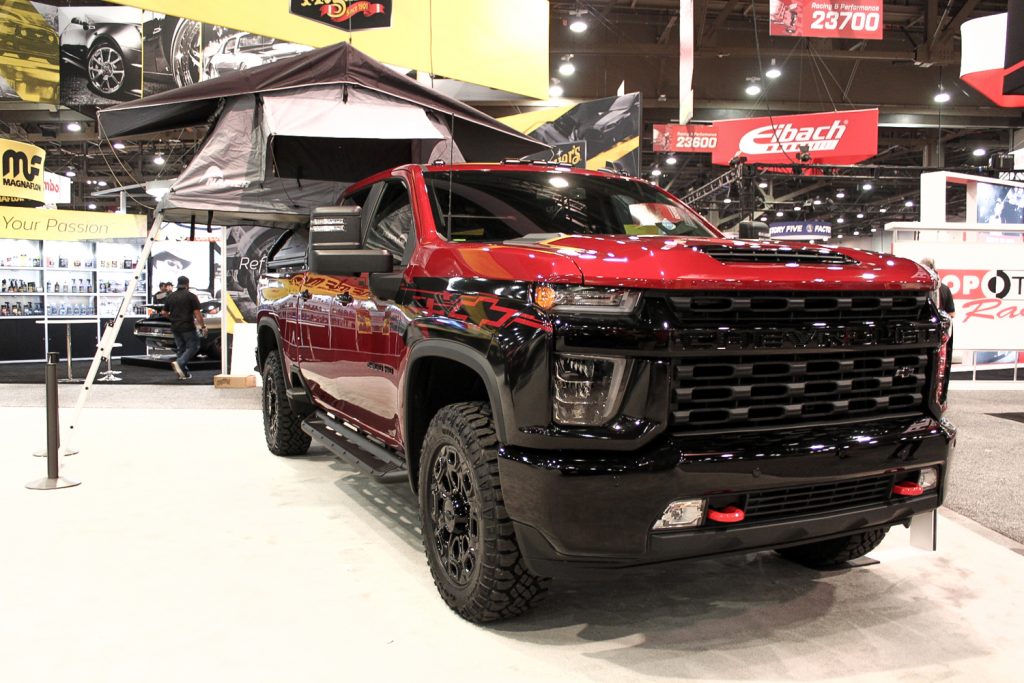 The Chevrolet Z71 Sport HD package is set to compete with the Ford Super Duty Tremor when it launches next year. It features several black-out design cues, such as the badging, bumpers and grille, while also adding a skid plate, black wheels, and off-road tires.

“Z71 Sport HD is just for 2500 Silverado, gas or diesel, said” Milne, who also explained that the graphics package will be available via the Chevrolet Accessories catalog. Milne also states that the Silverado HD Z71 Sport borrows design cues from the Silverado 1500 Trail Boss, but the team stopped short in calling it that.

“It lacks some of the other ‘Trail Boss’ design attributes… on the HD side it gives us something different and something unique. I’m very bullish on it,” he said.

Indeed, it’s a good time to be a Chevy truck enthusiast.