The 2021 Ford F-150 reveal is expected to happen soon, and with it comes interesting information from our tip line. According to MC&T sources, the fourteenth-generation Ford F-150 will feature an on-board generator for the first time. And we’re not talking in the range-extending, PHEV sense. We’re talking about a built-in inverter generator for use on the job site, and off-the-grid applications. It’s about damn time.

It’s not just a need for a generator on the job site to power an array of tools. For instance, as off-the-grid setups have exploded in sophistication and popularity (turning into new-age expressions of wealth and opulence), demand for on-board generator systems have increased with this movement. Integrating an on-board generator into the 2021 Ford F-150 should end up saving owners plenty of space in the truck bed, although it’s currently unknown how much such an option would cost. Just the same, it’s currently unknown as to which trim levels and variants the available generator would be offered on. However, it is believed to be offered on the gasoline model, as well as the F-150 Hybrid. 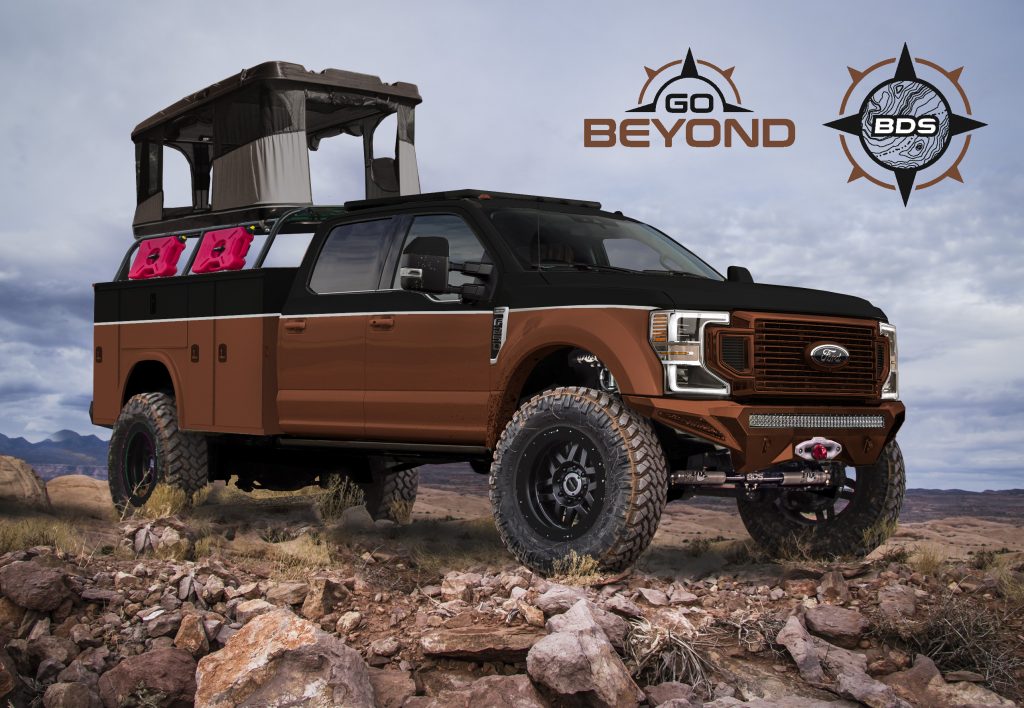 Ford may have teased prototype inverter generator systems on various SEMA trucks, such as the BDS Ford F-350 from last year, pictured above. Before that, the Transfer Flow Ford F-150 from SEMA 2018, pictured far up top, featured a 2,000 Watt inverter system with AC an USB ports. A video below loosely shows how these systems work.

Along with a generator, the 2021 Ford F-150 is expected to feature over-the-air updates for the first time ever, thanks to advancements in its electrical architecture and processing power. Some leaked features include a stowable shifter, a larger infotainment screen, while the engine lineup goes largely unchanged. Adding to the lineup will be a 3.5L V6 hybrid F-150, as well as a fully electric F-150 down the road.

The timeline of the 14th-generation F-150 has not been without delays, due to the COVID-19 pandemic. As a result, production has been pushed to October 2020, after originally targeting a summer timeline.

The new F-150 will be entrusted with being the lifeblood of Ford Motor Company. It currently holds two championship belts – one as the best selling pickup truck in America, and the other being the best selling vehicle in America, period. Moreover, the current F-150 carries an average transaction price of over $51,000 – roughly $16,000 more than the the industry average.