A peculiar Facebook ad from Dodge itself may have tipped the world to yet another performance variant of the ever popular Charger sedan. The ad briefly ran last week, before it was removed, and deputed a white Dodge Charger SRT Hellcat model drifting into a turn. The copy read: “turn some heads with every turn with the aggressive styling of the Charger SRT Hellcat Redeye.”

Was this all just a simple mistake from the copy team? Not so, says Mopar Insiders.

According to the outlet, several of their sources claimed that a Charger Hellcat Redeye program is indeed in the works, with a possible reveal targeted for the summertime. This could very well mean that it will happen during FCA’s annual “What’s New” media event at the Chelsea Proving Grounds, such as what the automaker did to reveal the 2020 Dodge Charger Hellcat Widebody. Or, perhaps more appropriately, the four-door muscle car could be revealed during either the Dodge-sponsored Roadkill Nights, or even the 2020 Woodward Dream Cruise. Both events happen in August. 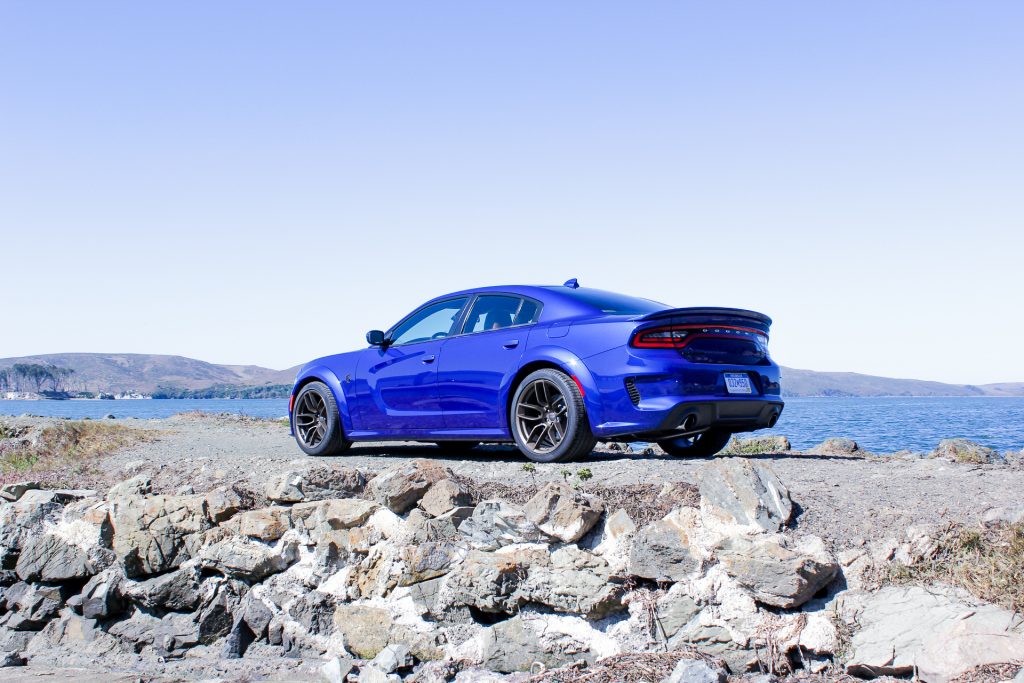 If true, expect the Dodge Charger Hellcat Redeye to pack a staggering 797 horsepower and 707 lb-ft of torque that will be sent to the rear wheels via an eight-speed 8HP90 transmission. Several of the components will likely trickle down from the mighty Dodge Demon, as seen with the Challenger Hellcat Redeye. This would include improved airflow solutions, two dual-stage fuel pumps (instead of one), a higher rpm limit, increased boost pressure, 41-spline half shafts, high strength steel prop shafts, as well as the SRT Power Chiller and After-Run Chiller.

Considering what Dodge is asking for the current Charger Daytona 50th Anniversary Edition (just over $74,000), the 2021 Charger Hellcat Redeye will likely command an even higher premium. Look for a dealers to mark them up upon arrival.