Production of the 840 horsepower Dodge Demon will remain at 3,300, according to re-appointed head of FCA passenger cars Tim Kuniskis. This leaves the penultimate muscle car to be a collector’s item for those lucky enough to have purchased one.

“The Demon isn’t coming back,” said Kuniskis. “You know what would happen, if those 3,300 people that paid a lot of money for a serialized car, do you know what they would do to me if we brought it back?”

Probably nothing nice, we assume. Kuniskis also dowsed any hope for a Dodge Charger Demon – telling us flat out that they’re not going to make one.

The Dodge Demon is the highest horsepower production Challenger ever, has the highest horsepower of any production V8 ever, and has the fastest quarter-mile time of any production car, at 9.65 seconds. Its 0-60 time is rated at an outrageous 2.3 seconds. Hilariously, every option of the Dodge Demon was just a dollar. Even to re-install a passenger seat (which were removed to save weight) – it costed buyers only a buck. 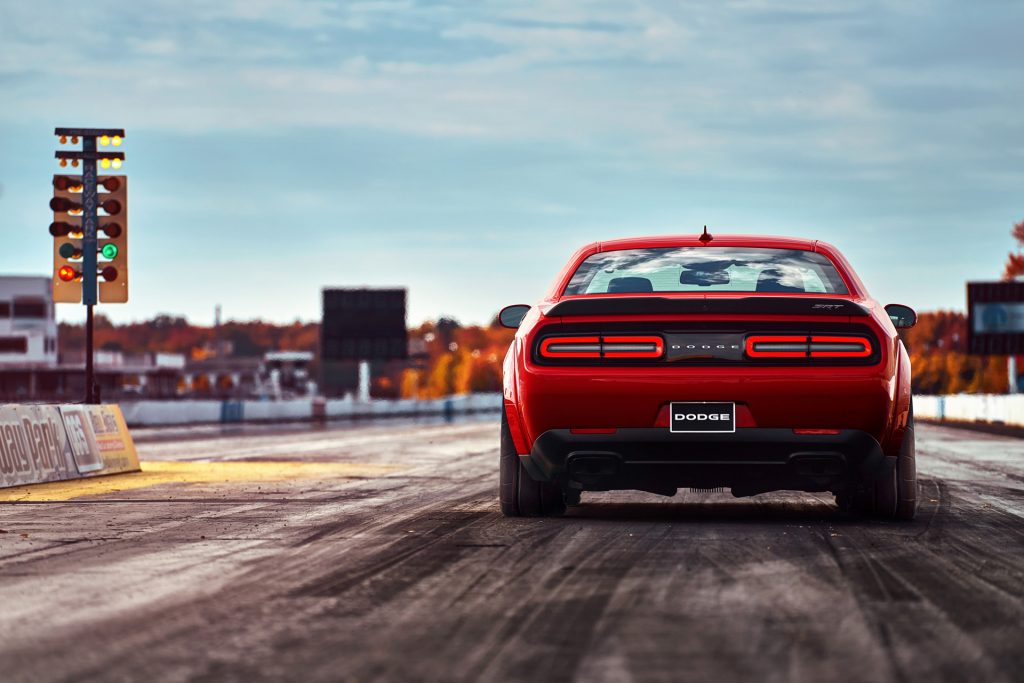 The MSRP of the Demon started at $84,995. But they can be routinely found for sale online well north of $100,000, and even $130,000. Using the latter number, that means the supercar has already appreciated around 65 percent.

The Demon also featured unique stree-legal drag racing tires from Nitto, ides on a square setup of street-legal drag tires specifically designed for the car by Nitto. The Nitto NT05Rs fit square on the Demon, and measured 315/40s with a 15-percent larger contact patch than the Hellcat giving it. Dodge says that these tires provide twice the grip of a standard Challenger Hellcat. Then there was the Demon Crate, which came with skinny front tires for use only at the drag strip, as well as the tools necessary to mount them.

In short, there’s nothing like a Dodge Demon, and there likely never will be anytime soon.

Kuniskis was in charge of FCA passenger cars up until October 2018, whereafter CEO Mike Manley appointed him to be head of Jeep in North America. Steve Beahm became head of FCA passenger cars, but retired in May of this year. Beahm’s retirement gave the opportunity for Kuniskis to oversee the Dodge Charger and Dodge Challenger once again. Kuniskis, who also drag races, was one of the leaders that launched the Dodge Demon.