Ford Motor Company announced a $1.45 billion investment for two of its Michigan facilities that will be tasked with building the 2021 Bronco, as well as the next-generation 2022 Ford Ranger and 2021 F-150.

$750 million of the money will go towards the automaker’s Wayne, Michigan assembly plant to build the all-new Ford Bronco, as well as the new Ford Ranger. The plan is to also add a modification center to support autonomous vehicles and “other vehicles,” per the announcement. Additionally, Ford will be creating 2,700 new jobs from this plan, which will span three years.

The other $700 million will go towards manufacturing the all-new 2021 Ford F-150 in Dearborn. This includes the F-150 Hybrid and an all-electric F-150, as well. 300 new jobs will come from this investment. The company will be assembling the battery cells for the electrified pickup trucks in Dearborn, as well.

The investment will bolster Ford’s position as the No. 1 vehicle producer in America. It’s believed that the next-generation Ford Ranger will share its architecture with the all-new Volkswagen Amarok, which is a midsized pickup truck sold globally. Reports have also indicated that there are currently are no plans to electrify these new trucks like the larger F-150, and will instead utilize a more tried-and-true engine lineup consisting of an entry level turbocharged four cylinder engine, a reported 2.7L EcoBoost six as well as a 3.0L diesel engine. Both of which are currently found in the larger F-150 pickup truck.

Alongside the all-new Ranger at the Wayne assembly plant will be the Bronco, which is said to use the existing Ranger’s T6 architecture. There’s been no shortage of patent details, engine leaks, and other various teasers that continue to whet the appetites of off-road SUV enthusiasts. Expect the debut of the 2021 Ford Bronco to happen around the 2020 North American International Auto Show in Detroit in June.

Bill Ford Jr. once described the upcoming electric Ford F-150 as a “watershed” moment for the entire automotive industry. And because there’s no engine, the electric pickup truck could have load-carrying space under the hood in addition to the traditional bed in the back. Much like the Bollinger B1, as well as the Rivian R1T. When it comes to the Rivian, Ford has invested $500 million into the startup electric lifestyle truck and SUV company. 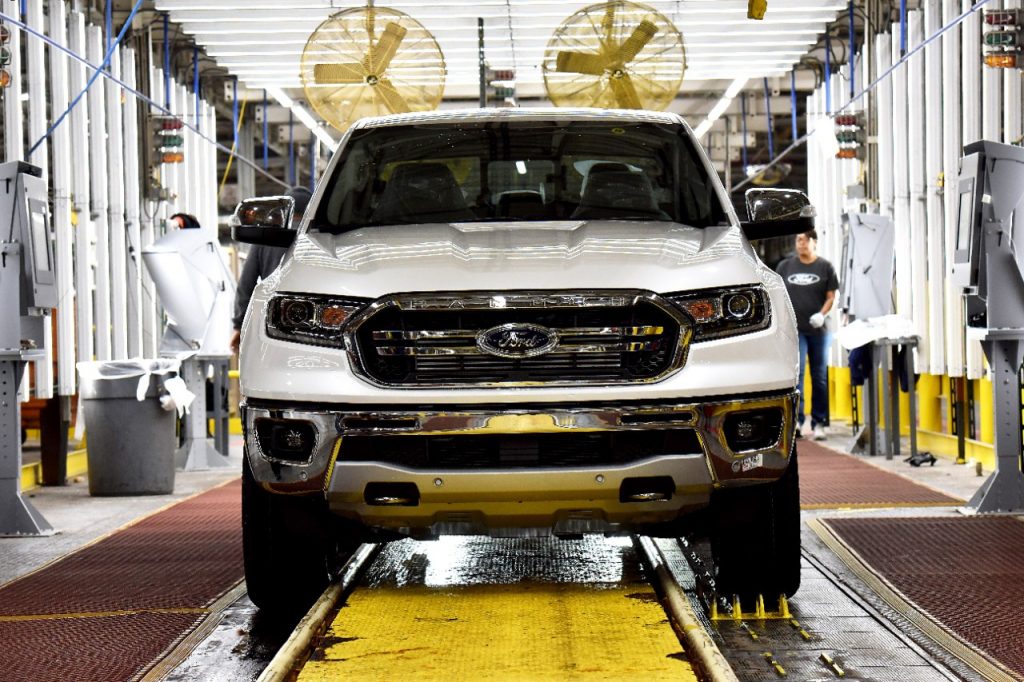