Despite the Ford Ranger returning to the US market for the 2019 model year, the mid-size pickup truck has been sold in its current form around other parts of the globe for quite some time. The current Ranger was debuted to the rest of the world in 2011 just as the previous generation truck left the U.S. market, and was updated to its current form back in 2015. Despite the Ranger’s recent reintroduction to North America, Ford is deep in the process of bringing out the next-generation Ranger, which is rumored for as soon as 2021 in some markets.

According to a report by Which Car, sources inside Ford’s Australian proving ground say that Ford is testing a turbocharged 3.0L V6 Powerstroke diesel alongside a twin-turbocharged 2.7-liter EcoBoost V6 for the next-generation Ranger. Both engines can currently be found in the larger Ford F-150. While we like diesel-powered mid-size trucks, it’s likely that the gas powered mill will be what finds its way stateside. The 2.7-liter engine found in the current F-150 produces 325 horsepower and 400 pound-feet of torque, which represent healthy bumps over the Ranger’s current power figures. That EcoBoost motor could also help Ford to make a sufficient Ranger Raptor for the US market – something they have not done with the current version of the truck. Along with the base 2.3L EcoBoost, these engines are also rumored for the Ford Bronco, as well. In the United States the Ford Ranger is currently only available with a single engine option: a turbocharged 2.3L four-cylinder that produces 270 horsepower and 310 lb-ft of torque, which is mated to Ford’s ten-speed automatic transmission. Thanks to that power and the optional tow package, the Ford Ranger is rated to tow up to 7,500 pounds with a payload capacity of 1,860 pounds. These figures are healthy all the way around, but the sales charts still have the Ranger in the hunt. Ford sold 30,301 Rangers through the second quarter of 2019, compared to the 39,322 ancient Nissan Frontiers that were sold during that same time period.

The Australian publication claims that the new Ranger pickup truck will be based on an “evolution” of the T6 platform that currently underpins today’s Ranger, as well as the Everest SUV sold outside the United States, and what’s expected with the 2021 Ford Bronco off-road SUV. As for when the next-generation midsize pickup will make its way stateside, it’s currently unclear at this point. 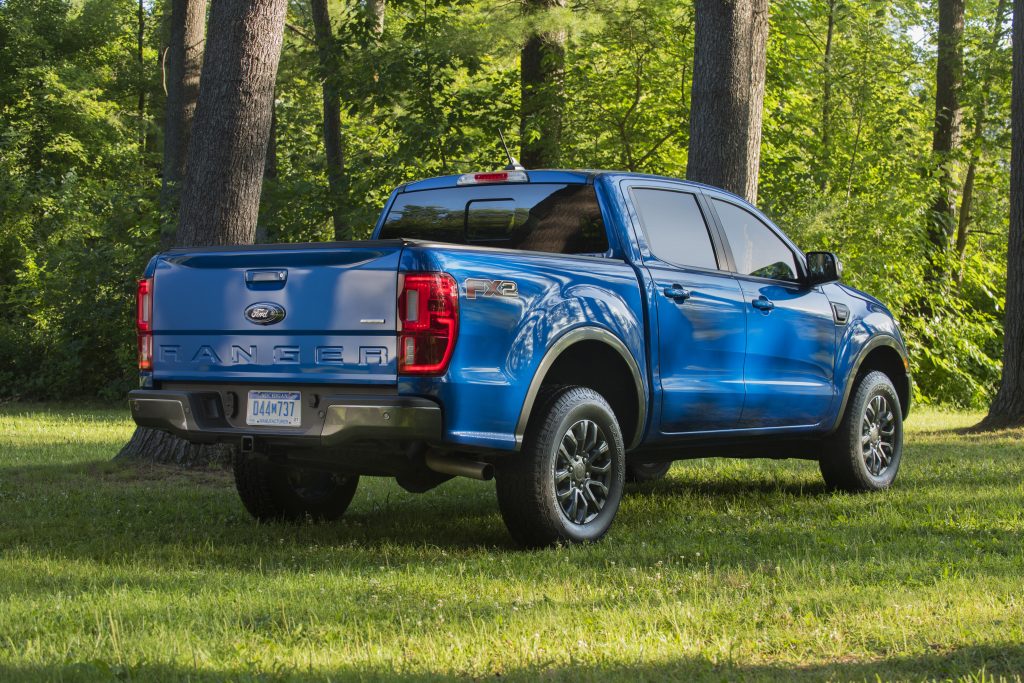