The Ford Ranger Raptor has caught the attention of American truck buyers. Essentially a shrunken down interpretation of the F-150 Raptor, the Ranger Raptor allows people to have a Raptor experience in a more reasonably sized package. There’s just one problem: the Ranger Raptor is not available in the United States despite its sales success in Europe. Unwilling to wait for Ford to bring a Ranger Raptor of their own stateside, Texas-based tuning house Hennessey Performance Engineering decided to take matters into their own hands with the new Ford Ranger VelociRaptor.

If there is one thing that Hennessey Performance is known for doing, it is making vehicles that go stupidly quick. The Ford Ranger VelociRaptor is no different, and clips off the sprint to 60 miles an hour in a mere 4.9 seconds, nearly two seconds faster than a standard 4×4 Ranger. The extra speed is a result of an engine software remap, a bigger turbocharger, and a stainless steel catback exhaust fitted to the standard 2.3-L turbocharged EcoBoost 4-cylinder engine. Total output is up to 360 horsepower and 440 lb-ft of torque, which Hennessey claims allows this little truck to outrun the 2019 Ford F-150 Raptor to 100 mph. 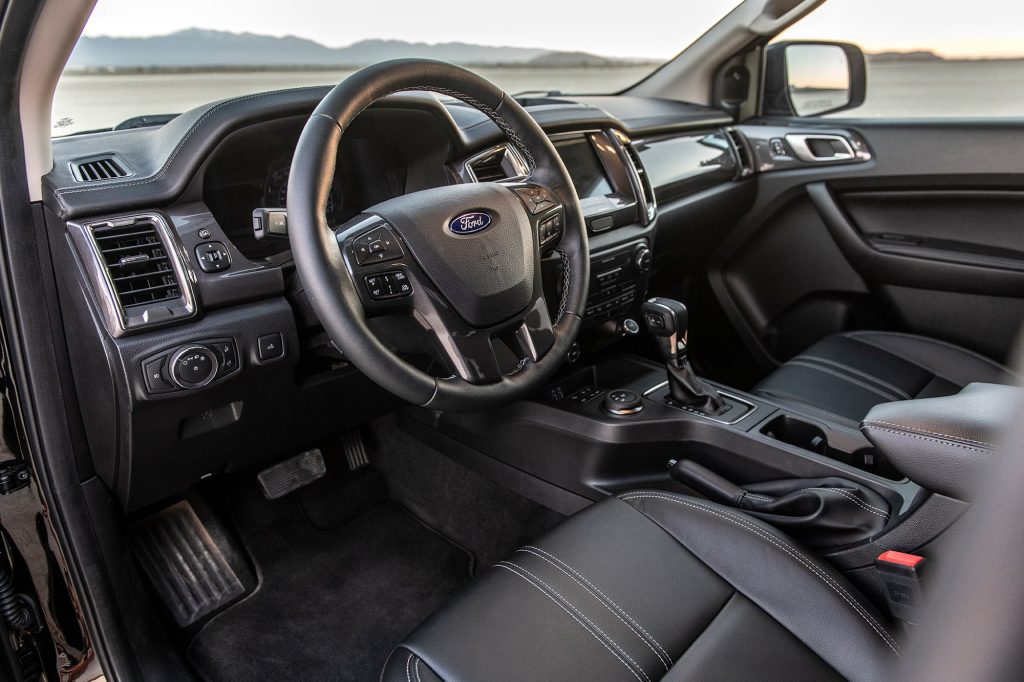 Hennessey didn’t just throw a bunch of power increasing parts at the VelociRaptor Ranger, but gave it some serious offroad hardware to match. The truck is fitted with a Stage 1 ICON Coilover Suspension upgrade that adds 4-inches of lift, as well as 18-inch alloy wheels and BF Goodrich KM2 all-terrain tires. Other modifications include flared fenders, a Raptor style “Ford” grille, a Hennessey front bumper bar with an integrated LED light bar, a Hennessey rear bumper, and a skid plate to protect the underside while off-road. The VelociRaptor Ranger upgrade costs $19,950 plus vehicle shipping. That is definitely not cheap, but it is the closest thing to a Raptor-ized Ranger in the US. The truck looks pretty good driving around in the video below, as well. Particularly in that blue color. Production is limited to just 500 Ranger VelociRaptors for the 2019 model year, and each of these upgraded vehicles comes with Hennessey Performance’s 3 year / 36,000 mile warranty. If that’s too expensive, or you find yourself slow on the draw, there’s a dealership out there selling something called the Ranger Baja.

We ultimately may never get a Ford Ranger Raptor, because rumor is that there’s a Ford Bronco pickup coming instead.