The outgoing WK2 generation Jeep Grand Cherokee Trackhawk could go from 0 to 60 in 3.5 seconds, do a quarter-mile run in 11.6 seconds, and had a top speed of 180 mph. These specs have the Trackhawk worthy of the pantheon of great performance SUVs, and in many ways, set the benchmark for all of them going forward. Yet, as with most things that we hold dear in the auto industry, regulatory headwinds and a change in corporate direction has the soul of any future Trackhawk feeling a bit… different.

These are sad times for the V8, which has had a vital part in the Grand Cherokee’s lifespan. The 4xe variant is just the beginning, and Motor Authority interviewed Jeep vice president Jim Morrison to get more information on their plans for the future. He believes customers will gravitate towards the extra torque that comes with the plug-in hybrid, compared to standalone combustion engine products. The Grand Cherokee Trailhawk 4xe, which debuted earlier this week, has torque that comes in identical to the 392 Hemi V8, at 470 lb-ft. This is by no accident, we were told. And that’s with a 2.0L four cylinder turbo engine.

Just what sort of power would this hybrid system deliver if the little four-pot was swapped out for a 6.4L V8? We certainly hope to find out one day, as that could be what eventually comes in a potential WL generation Jeep Grand Cherokee Trackhawk in a few years from now. Morrison’s counterpart over at Dodge, Tim Kuniskis, once told us that electrification would be about adding performance. We’re keeping this context in mind as the dates on the calendar continue to tear away.

The decision to run the same powertrain in the Jeep Grand Cherokee 4xe as the Wrangler 4xe means that turbocharged inline-six-cylinder engine named the GME-T6 paired with a plug-in hybrid electric system could very well be up for grabs within another Jeep application. With Morrison not being able to confirm plans or even the existence of the inline-6, it’s clear that Stellantis is holding their cards close to their chest for the future powerhouse of their vehicles.

Indeed, it’ll be exciting to see what the company ends up doing if the Trackhawk does return. And with such a high bar set by the original, the performance metrics are bound to jump out from the spec sheet. 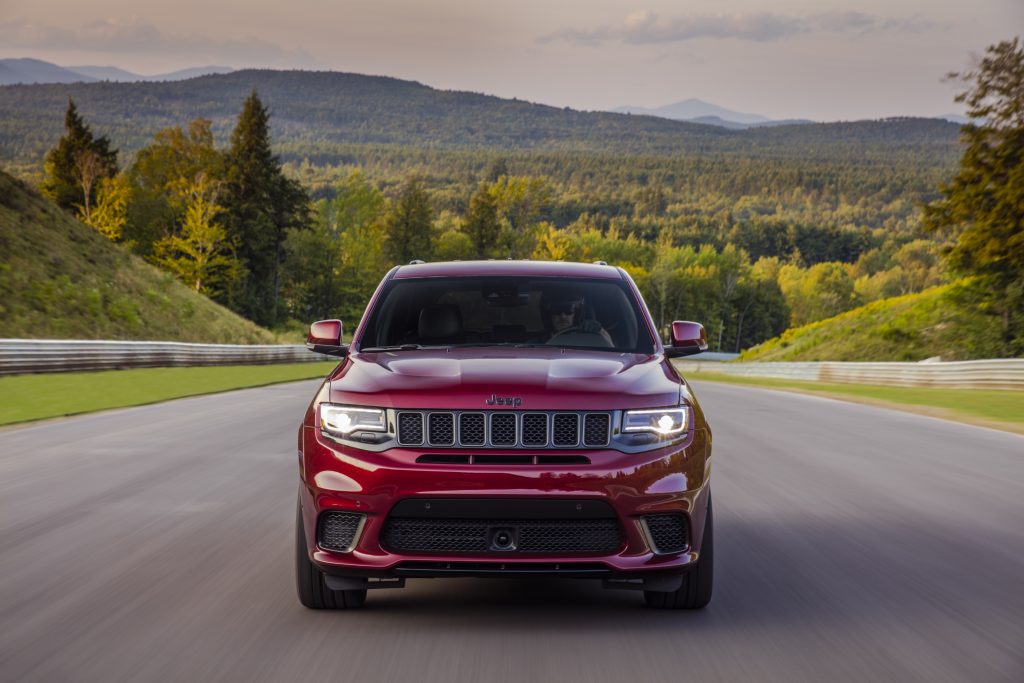