The Ford Bronco development team got to do something automakers rarely get the chance to take on: develop an all new vehicle that goes into a new segment for the brand. You can see that throughout the clever design details that aim to make it the best daily drivable off-road SUV, and beat the Jeep Wrangler wherever possible. Because this process was so successful, Ford Global Program Manager Jeff Seaman said it created a “culture change” inside Ford. While Seaman said he can’t comment on future products, he hinted to the Bronco being a catalyst for change in how the automaker approaches vehicle development.

“I think you’re looking at the feedback on Bronco, being as positive as it is, it’s the right reinforcement to say ‘this is the right process,’ said Seaman. Take the frameless doors for example. Because there’s no fame around the window, they are lighter. When you want to take the doors off, you just roll down the window and they are compact enough to fit in the trunk of the four door model.

“Nobody wants to go back to the days of ‘let’s get in a board room and let’s project a power point on a screen and explain why frameless doors are better,” said Seaman. “Nah, let’s go down into the basement of PDC and I wanna show you a piece of foam and tell you why we should do it this way.”

You can see this development style throughout all of the thoughtful design elements on the Bronco. You get the feeling the designers and engineers really considered how they could make things work better, even if the solution hasn’t been done before. In addition to the doors, we see this on the cowl mounted mirrors. On the Wrangler, the mirrors are attached to the doors, so if those come off, you have very limited rear visibility. Not so in the Bronco.

Other clever touches include the three piece roof that lets you have as much (or as little) open sky as you want, the bottle opener in the tailgate, and the mounting rails on the dashboard.

It’s not like the Bronco family are the only Ford vehicles that have some smart solutions to problems you didn’t know existed. Take the new F-150. The fold flat seats, interior desk that folds out from the armrest, generator, bottle opener, tailgate work surface… the list goes on.

We look forward to whatever comes next from the Blue Oval. 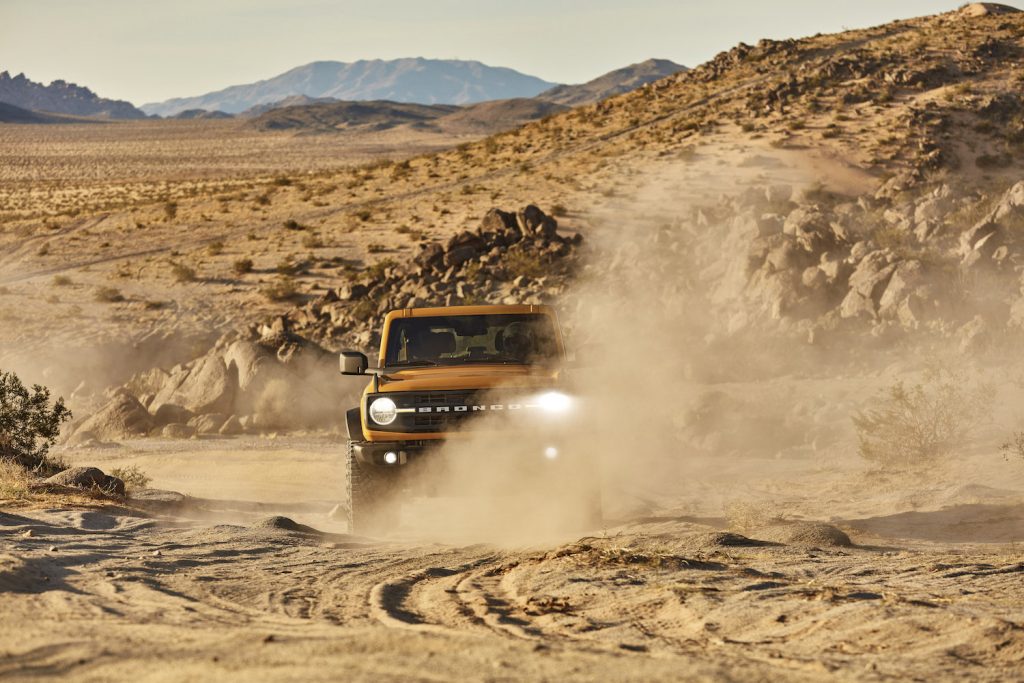