When the C8 Corvette was being prepared for launch back in June, Chevrolet really wanted us to relate it to the 50th anniversary of the Apollo 11 and 12 missions. Throughout almost all of the promotional materials for the mid-engined Corvette, images of the moon missions flickered to remind us just how huge this transformation was for American sports car history. Now Chevrolet is preparing to unveil the convertible version of the C8 on October 2nd, and they are going all in on the NASA theme.

On October 3rd, Chevrolet will have examples of the drop-top Corvette on display at the Kennedy Space Center Visitor Complex. The Rocket Garden will serve as the stage for the event, where Chevrolet says there will be a mystery guest speaker from the company, as well as a “special” astronaut guest. Ticket prices range from $47 for those between the ages of 3 and 11 years old, with prices rising to $57 for those older than 12.

Based on spy photographs and video, as well images released by General Motors, it seems that the C8 Corvette Stingray convertible will adopt a folding hardtop for the first time instead of the classic cloth drop top. That marks yet another first for the Corvette model line, further proving that GM intends to push boundaries with the storied model’s newest iteration. While this seeming obsession with the space program might seem slightly out of place for the Corvette team, America’s sports car has quite a lot of history with astronauts.

In the 1960’s, Chevrolet was well aware of the marketing potential that NASA’s space program could have. The only problem is, NASA didn’t want companies just giving the astronauts gifts for this very reason. The NASA compliance rules stated that the cars could not be offered or given to scientists for free, but it didn’t say anything about a special lease deals. Chevrolet offered those involved with manned missions to space the option to lease one of their vehicles for $1 a year. That’s the equivalent just under $7 dollars today, which is certainly a good deal. Considering the fact that these people were used to riding on literal rockets, it shouldn’t be too surprising they opted for the high performance Corvette in a heartbeat.

The lease periods for astronaut Corvettes were only one year, and after that the cars were sold to the general public. This has proved to be challenging for collectors today, who want to own these special pieces of American space and car history. One of the most famous astronaut Corvettes, Alan Bean’s gold 1969 Corvette, has been found and is on display at the National Corvette Museum in Bowling Green, Kentucky.

The car was restored to its original condition, and is only Corvette to receive the NCRS Duntov Award of Excellence and the NCRS American Heritage Award, according to the National Corvette Museum. It can be seen in what is the most famous photo of the astronaut Corvettes, in which the Apollo 12 crew are sitting atop their identical gold Corvettes. 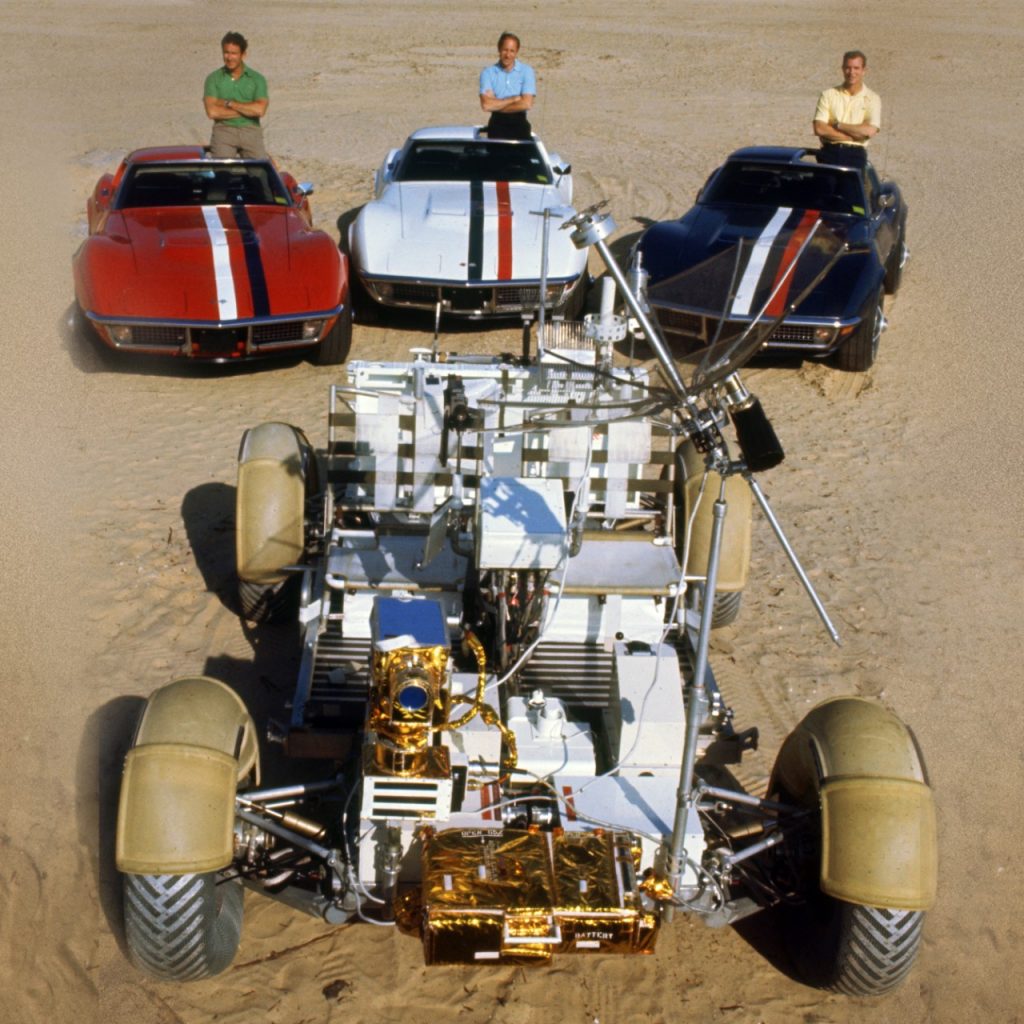